Tanner Versluis and Tristan Fraser scored goals 18 seconds apart late in the third period as the Langley Rivermen rallied from a two-goal deficit to beat the Chilliwack Chiefs 4-2 Friday night at the Chilliwack Coliseum.

It was the third time in four games that Langley has defeated Chilliwack in head-to-head meetings so far this season.

Chiefs forward Kyle Penney made it rain teddy bears with 2.6 seconds left in the opening period to give Chilliwack a 1-0 lead on Teddy Bear Toss night in the rink. Penney intercepted a stretch pass by Brian Scoville at centre ice and walked in and buried his 14th goal of the season, short-handed, to give the Chiefs the lead after one period of play. It was the third short-handed goal of the season for the Chiefs.

Chilliwack outshot Langley 14 – 11 in the period.

The Chiefs stretched the lead to two after Brett Willits capitalized on another Langley turnover in its own zone at the 8:31 mark. Trevor Adams drew the lone assist on the goal. But just a minute and 17 seconds later, the Rivermen would score a short-handed goal of their own courtesy of Daniel O’Neill. Sean Bunting raced down the left wing side and ripped a wrist shot off the post that Mathieu Caron lost sight of and the rebound came down right on the stick of O’Neill who whistled home just his second of the season to cut the lead in half 2-1. It was Langley’s fifth short-handed marker of the season.

At 16:07 of the third period Versluis would tie the game and just 18 seconds later Fraser would score on a Langley power-play to give the visitors a lead they would not relinquish. Kaeden Patrick added an empty-netter to seal it for the Rivermen who have now won five of their past six games.

The Chiefs win streak was snapped at three.

Chilliwack went 0-for-3 on the power-play while Langley went 1-for-7.

The Chiefs travel to Vancouver Island this weekend for a game in Alberni Valley Saturday night and in Victoria Sunday afternoon. Chilliwack returns home after Christmas to host Coquitlam on December 28th. 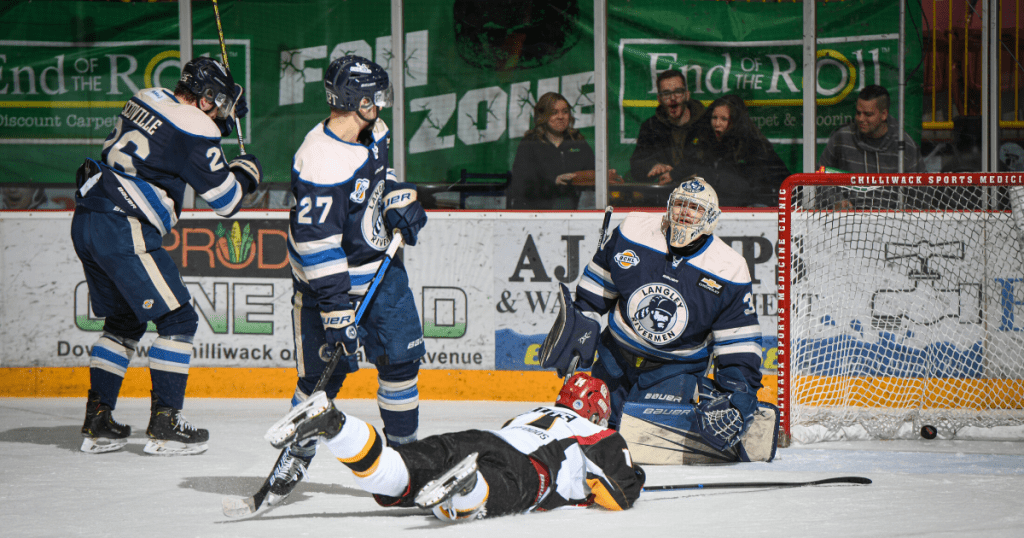