BURNABY, B.C. – The BC Hockey League (BCHL) has announced details for the 2021 Showcase event, including dates, schedule, location and format.

This year’s BCHL Showcase will take place over five days from Wednesday, Oct. 20 to Sunday, Oct. 24 and will be held at the Chilliwack Coliseum.

Each team will play two games, one home and one away, in front of pro scouts and NCAA coaches.

“We are thrilled to bring our Showcase event back after a year off last year,” said BCHL Deputy Commissioner Steven Cocker. “Our league is all about exposure and giving our players the chance to show their skills in front of scouts so they can move on to the next level and achieve their hockey goals. Over the years, this event has proven to be a great way to get those conversations started.”

After co-hosting the event last year with Penticton, Chilliwack will be home to the entire event this year. Chilliwack has hosted the Showcase every year since it was first introduced in 2012.

“We are honored to be hosting this prestigious event once again in our community,” said Barry Douglas, Vice President, Business Operations and Governor for the Chilliwack

Chiefs. “The BCHL Showcase has been instrumental in providing a platform for BCHL players to be identified by college and professional scouts. We are grateful to host this event at a time when our hotels, restaurants, gas stations and other local businesses could use an economic boost.”

Fans will have the opportunity to attend games under whatever guidelines are in place from the Provincial Health Office at that time.

Ticketing information will be provided at a later date.

The league is expected to return to the Showcase Festival format in 2022-23, which will involve community events and fan activities and will see the event move to different communities across British Columbia. 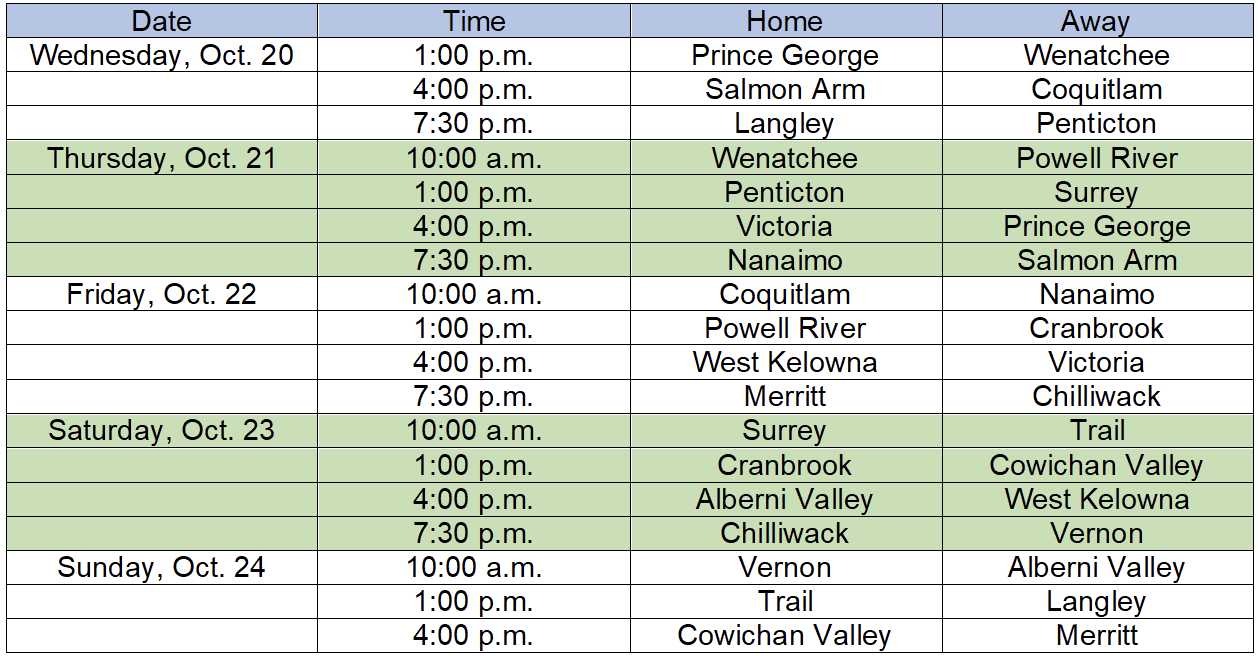 Sending more players on to college hockey every season than any other hockey league in Canada, the BCHL has established itself as a national leader in the development of young student athletes. Considering today’s NHL features more NCAA alumni than ever before, Junior A hockey is fast rivaling other leagues in North America as a breeding ground for the sport’s most elite and successful players. In 2019-20 alone, there were 196 BCHL players who received scholarships to top schools in the U.S. and Canada.