Brett Willits had a three-point night and Kolby Thornton turned aside 32 of 35 shots faced, leading the Chilliwack Chiefs to a 4-3 win in overtime over the Powell River Kings Thursday night at the Chilliwack Coliseum.

Cooper Moore scored the overtime winner on the only shot in overtime at the 1:37 mark giving Chilliwack its first extra-period win of the season.

Chilliwack dominated the play and set the pace early in this one. Tommy Lyons got the Chiefs on the board at the 7:08 mark of the opening period firing home his second of the season on the power-play to give Chilliwack a 1-0. A minute and forty-eight seconds later, Hudson Thornton blasted home his second of the campaign to stretch the Chiefs lead to 2-0. Shots on goal at that point were 9-1 in favour of Chilliwack.

Chilliwack outshot Powell River 14 – 7 after one period of play.

In the second period, Powell River scored three times in a span of a minute and thirteen seconds, erasing a 2-0 deficit and jumping out to a one goal lead that they carried into the third period. Shortly after a penalty to Davis Murray had expired, Kings forward Ethan Schmunk jammed home a puck across the goal line to get Powell River on the board. Fifty second later, Davis Pennington whistled home a shot from the point for his first of the season to tie the game 2-2. Then twenty-three seconds later Dawson McKay scored his ninth of the season to cap off a wave of Powell River goals late in the period.

The Kings outshot the Chiefs 17-9 in the middle frame.

Chilliwack pushed back hard in the third period and equalized the game on a goal by newly acquired forward Trevor Adams. The 20-year old Union commit put home his sixth goal of the season at the 6:17 mark from a setup by Willits and the teams would need overtime to decide this one.

In the extra period, Willits took the puck and circled the attacking zone perimeter before feeding a pass to front of the goal and connecting with Moore who made no mistake getting it past goaltender Derek Krall.

Chilliwack went 1-for-2 on the power-play while Powell River went 0-for-5.

The Chiefs travel to Coquitlam on Friday November 29 to take on the division-leading Express before heading to Prince George next week for back-to-back affairs against the Spruce Kings. Chilliwack returns home to host the Trail Smoke Eaters on Sunday December 8. Game time is 2pm at the Chilliwack Coliseum. 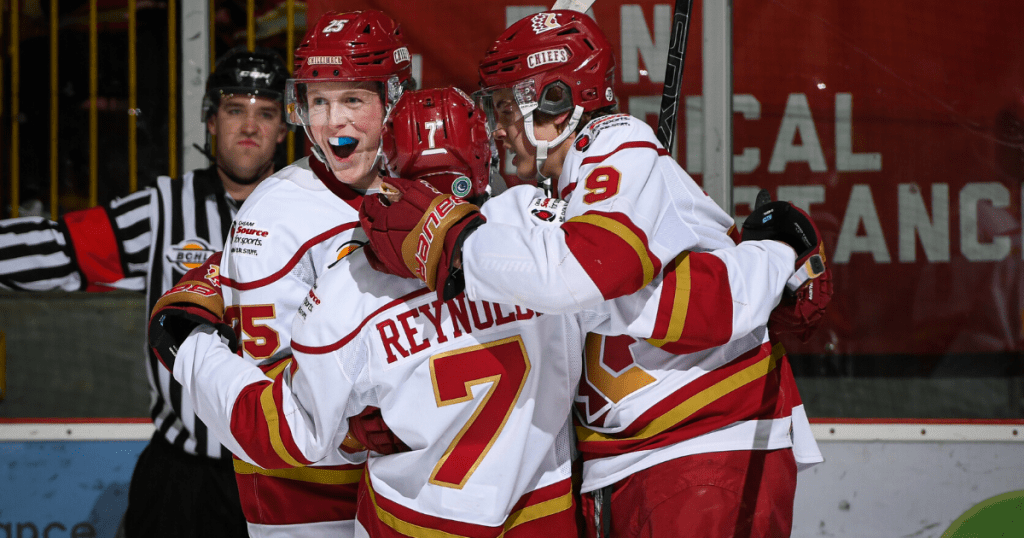