The Chilliwack Chiefs have traded Carter Wilkie (00) to the West Kelowna Warriors in exchange for forward Trevor Adams (99). Wilkie, a native of Calgary, Alberta was in his second season as a member of the Chilliwack Chiefs, and had totaled two goals, 12 assists in 27 games played. Wilkie was a consistent contributor for the Chiefs during his time in Chilliwack, last season totaling an impressive 12 goals and 24 assists for 36 points during his rookie season. Wilkie is a beloved figure in the Chilliwack community, and is a player that always loved to give back to the fans and city of Chilliwack.

“We had a lot of conversations about what is in the best interests for Carter Wilkie to go after a scholarship,” said Chiefs Head Coach and General Manager Brian Maloney. “Originally when teams were inquiring about Carter we weren’t interested in making a move but after some careful consideration we decided that this move was in the best interests of both parties. I want to sincerely thank Carter for everything he has done for the Chilliwack Chiefs organization, and the city of Chilliwack. He is a young man with amazing character, and I wish him nothing but the utmost success moving forward.”

“Yesterday was a bittersweet day, Carter is a player that was loved by his teammates, his coaching staff, and the community,” said Associate Coach and Assistant GM Brad Rihela. We can’t thank him enough for his tireless work in the community, and his efforts on and off the ice on a daily basis. I know Carter will be successful in West Kelowna, and it is my hope that this transition will provide him more opportunity to go out and earn himself a scholarship.”

Trevor Adams is a 1999 born forward from Muskegon, MI that will immediately inject some offensive flair and speed to the Chiefs lineup. He is a player with extensive BCHL experience and comes to Chilliwack with a commitment to Union College for next season. This season, Adams has scored five goals and four assists in 21 games for West Kelowna. Last season for the Salmon Arm Silverbacks he put up 17 goals, and 23 assists for 40 points. The IQ, speed, and character of Trevor will help the Chiefs as they make a push towards the playoffs.

“Trevor is a player we have done a lot of homework on”, said Maloney. “Most importantly, his character is off the charts. He has been loved by teammates and coaches everywhere he’s been. Trevor is a player we feel will immediately help us offensively, and we look forward to adding his speed and dynamic ability to our lineup as we move into the second half of our season.”

The Chiefs would like to wish Carter Wilkie the best with the West Kelowna Warriors, and welcome Trevor Adams to the Chiefs family. 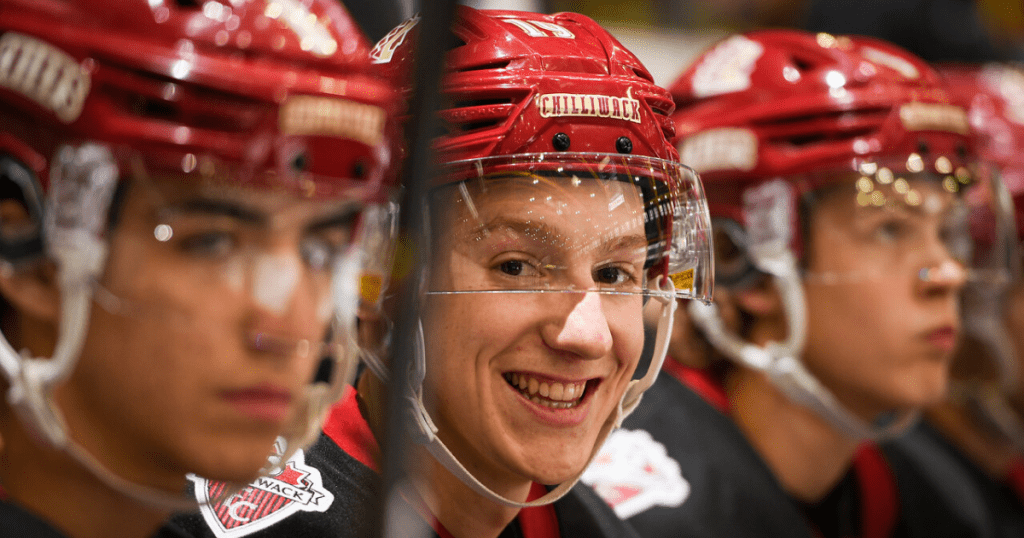