Joey Larson scored two goals and added one assist and Mathieu Caron stopped all 24 shots he faced to earn his third shutout of the season as the Chilliwack Chiefs blanked the Langley Rivermen 7-0 Sunday afternoon at the Chilliwack Coliseum.

This was a statement game for Chilliwack and a message sent for the post-season.

Nathan Kelly opened the scoring at the 7:14 mark of the first period as he carried the puck into the Langley zone and fought past traffic in the slot area to put home just his third goal of the season. Larson doubled the Chilliwack lead at the 13:49 scoring his 13th of the season and snapping a lengthy scoring drought in the process.

Brett Rylance stretched the Chiefs lead to 3-0 at the 11:09 mark of the second period when he slid home a rebound off goaltender Braedon Fleming for his 16th goal of the season. Following another solid penalty kill, Ethan Bowen stepped out of the penalty box and took a perfect stretch pass down the middle of the ice from Nikita Nesterenko in stride behind the Rivermen defence and scored his 12th of the campaign to make it 4-0 Chilliwack. Twenty-three seconds later the Chiefs added another. Larson scored his second of the afternoon as the Chiefs poured it on in the middle period and took a 5-0 lead into the dressing room.

Chilliwack outshot Langley 17-7 in the frame.

At the 13:11 mark of the third period, Connor Milburn converted his sixth goal of the season on a power-play. Kyle Penney rounded out the scoring just over two minutes later with his 18th of the season to make it 7-0 Chiefs.

Chilliwack went 1-for-4 on the power-play and a perfect 2-for-2 on the penalty kill. The Chiefs have climbed steadily in the BCHL penalty-kill percentage in recent weeks after successfully killing off 34 of their opponents last 36 man-advantages.

The win vaulted Chilliwack into second place and secured home ice advantage in the opening round of the Fred Page Cup Playoffs over the Surrey Eagles who finished one point back.

You can catch all the play-by-play action with Vanni De Bartolo and Tyler Garrah on Produce Gone Wild Chiefs hockey for every Chiefs playoff game home and away starting with Game one Friday night. Pre-game show begins at 6:35pm. 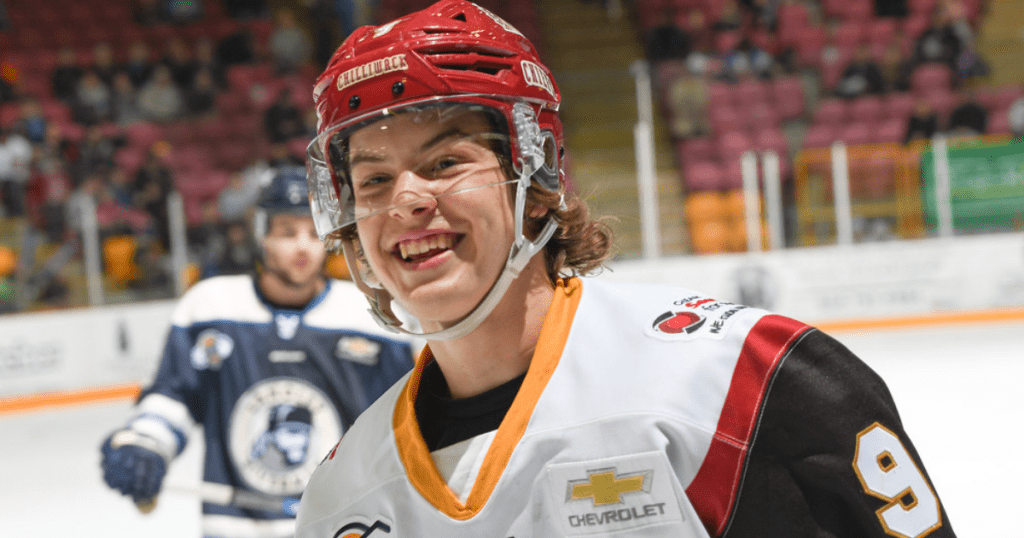