Chiefs Down Spruce Kings in Shootout 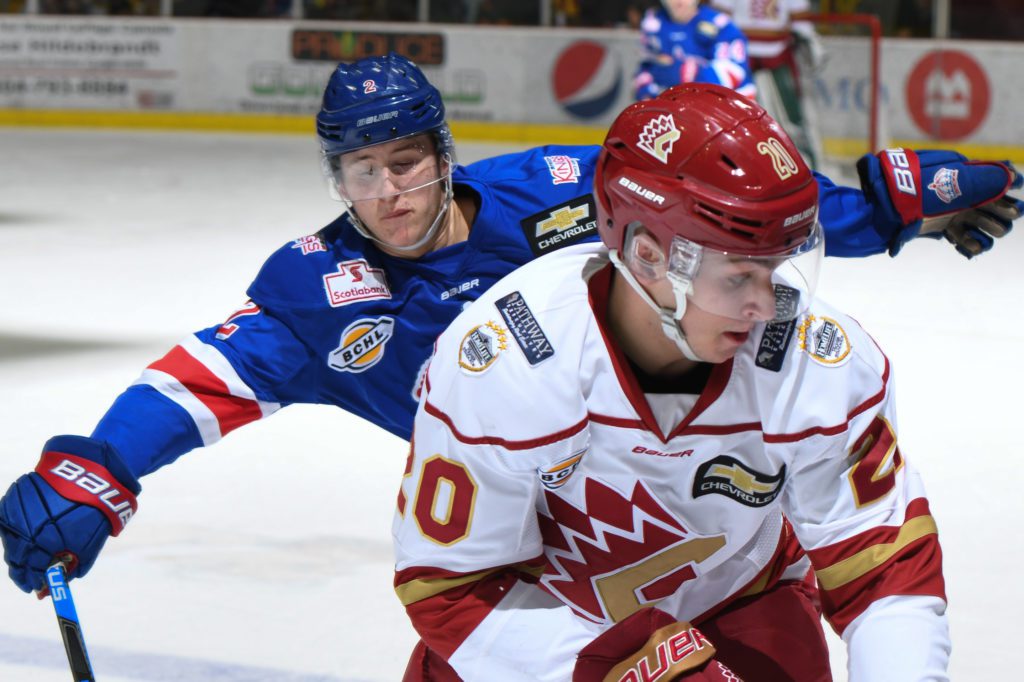 Cole Donhauser and Brett Willits scored in the shootout to lead the Chiefs to a 3-2 come from behind victory over the visiting Prince George Spruce Kings Friday at Prospera Centre in Chilliwack.

The only goal of the first period came on a Prince George power play.

With Jacob Slipec serving a holding penalty, Dustin Manz started the play by winning an offensive zone faceoff. From there he positioned himself in front of Chiefs goaltender Mathieu Caron where he was able to tip home Nick Bochen’s point shot for his 11th goal of the season.

The Chiefs best chance came on a short Brett Rylance break away that was turned aside by Kings netminder Logan Neaton.

With 2:42 gone in the second period Caron’s night came to an end after a goal mouth collision with Chiefs defenseman Garrett Valk. Caron seemed to favor his left leg before giving way to backup goaltender Nolan Hildebrand. Caron finished the night with 14 saves on 15 shots.

The Spruce Kings doubled their lead at the 11:24 mark of the middle period when Nicholas Poisson found a loose puck just outside the Chiefs crease and swept it past Hildebrand for his eighth goal of the season. Assists went to Nolan Welsh and Jay Keranen.

Shots after two periods the Spruce Kings had a 27-15 advantage in shots on goal.

The Chiefs power play came to life early in the third leading to goals just over a minute apart by Harrison Blaisdell (19) and Kevin Wall (22) to knot the game at two.

Prince George outshot the Chiefs 8-1 in the five minute overtime but were unable to beat Hildebrand.

The energy player of the game was Chiefs forward Brett Rylance.