Chiefs dominant in win over Trail

Kyle Penney and Tommy Lyons each had two goals and Kolby Thornton turned aside 27 of 28 shots faced, leading the Chilliwack Chiefs to a 4-1 win over the Trail Smoke Eaters Sunday afternoon at the Chilliwack Coliseum.

Peter Reynolds and Brett Willits had strong games as well each chipping in with two helpers as the Chiefs dominated possession and play over the Smoke Eaters for the second time in two weeks, only this time, were rewarded with the two points.

Chilliwack opened the scoring at 7:24 of the first period on a tap in by Penney who was left all alone to the right side of Trail goaltender Logan Terness. Garret Valk and Willits had the assists as the Chiefs led 1-0 after one period of play. Joey Larsen left the game in the first period for Chilliwack and did not return.

The Chiefs poured it on even more in the second period scoring three times. Penney got his second of the game and 13th of the season on the power-play at 3:32 mark to give Chilliwack a 2-0 lead. Lyons netted his 5th of the campaign at 11:57 before scoring again at the 16:06 mark to build a 4-0 Chiefs lead after forty minutes of play.

Matteo Paler-Chow came on in goal for Trail to begin the third period and turned aside all 11 shots he faced. Trail would score the only goal in the final period at the 5:18 mark from a right point shot by Cody Schiavon that found the top corner past the Chiefs goaltender Thornton.

Chilliwack went 1-for-4 on the power-play while Trail went 0-for-4.

The Chiefs next game is Friday December 13th when they host the Langley Rivermen. Game time is 7pm at the Chilliwack Coliseum. It’s Teddy Bear Toss night at the Coliseum so fans are encouraged to bring teddy bears, toques, or a scarf in support of Chilliwack Community Service’s Christmas Sharing Program. 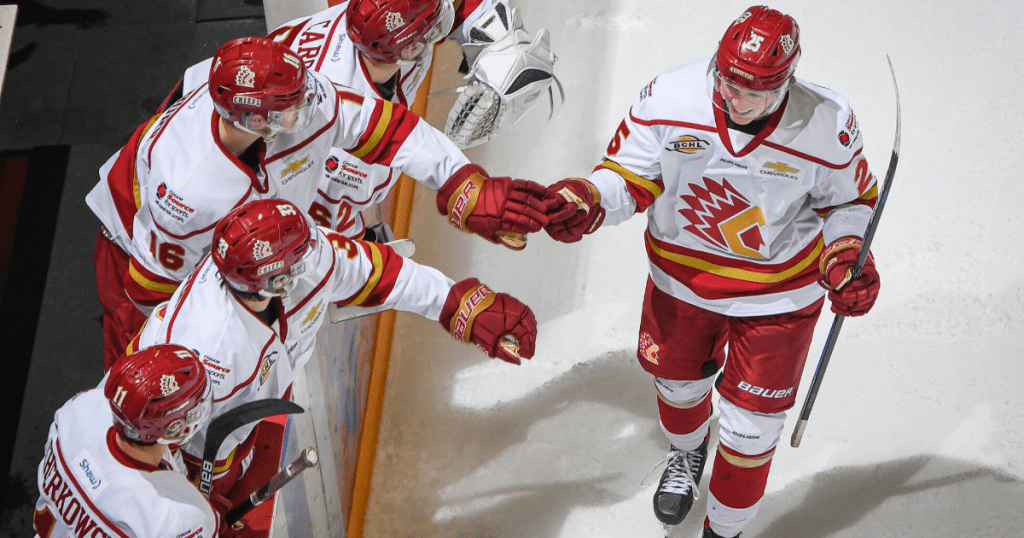