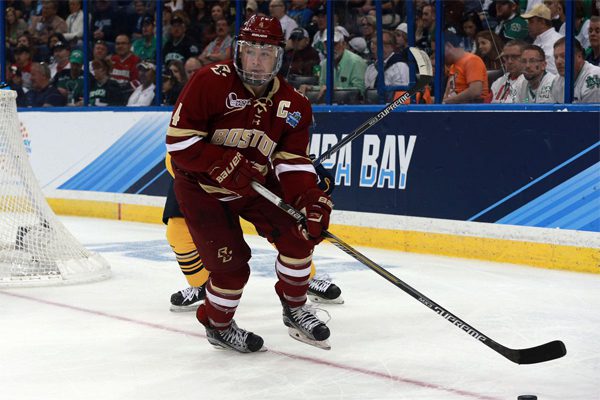 The Chiefs announced this morning that they have signed 18 year old forward Jacques Bouquot to their active roster.

Bouquot spent the last three seasons at Salisbury Prep School where he scored 28 goals and added 41 assists in 84 games. Last season he wore the “C” as the Captain of the team.

The move strengthens an already potent offense that has scored 97 goals through the season’s first 27 games.

“As a staff we were looking to add a little more depth to our group,” said Chiefs General Manager and Head Coach Brian Maloney. “We felt we owed it to this group as they keep showing and proving to us that they want to play deep into playoffs this year.”

Due to an ankle injury Bouquot has only played five games this season, all with the Wenatchee Wild.

“Adding someone like Jacques that works extremely hard on and off the ice will only help us as a group become and better team,” added Maloney.  “Our plan as a staff is to help Jacques find his confidence again, surround him in our positive environment and allow him to enjoy the game we all love.”

Bouquot is expected to join the Chiefs in time for Wednesday’s home game versus the Langley Rivermen.