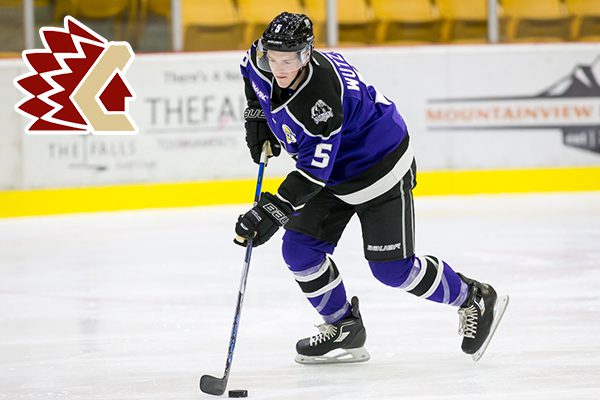 The Chiefs have acquired 19 year old defenseman Max Wutzke from the Salmon Arm Silverbacks in exchange for future considerations.

Wutzke, from Calgary Alberta, was in this third season with the Silverbacks where he appeared in 98 regular season games scoring twice and adding 15 assists.

“Max is a hard working player that can cover a lot of ice with his skating ability,’ said Chiefs General Manager and Head Coach Brian Maloney.  “He’s a kid that rarely gets out worked, which will fit nicely into our team concept.

Maloney felt that going with just six defensemen wasn’t the way to go.

“As a staff we felt that we needed to add another defenseman. We were going with six and if we want to be a team that goes deep into playoffs we will need more depth.”

The Chiefs only game this weekend is tonight in Surrey. They return to home ice Wednesday December 5th when they host the Langley Rivermen.