A dominant performance on home ice in bounce-back fashion ended a three-game skid for the Chilliwack Chiefs Saturday night in a 4-1 victory over the visiting Prince George Spruce Kings. One night after dropping a disappointing 6-5 overtime decision in Langley, the Chiefs answered the bell against another divisional opponent.

The Spruce Kings took three penalties in the opening 7:48 of the game including a five-minute major assessed to Corey Cunningham for a blow to the head on Chiefs forward Nikita Nesterenko. The 18-year old Minnesota Wild draft pick left the game briefly but returned later in the frame. Chiefs leading scorer Ethan Bowen opened the scoring in the game on the very first shot just 1:11 into the period. Kyle Penney and Nesterenko drew the helpers on Bowen’s eighth goal of the season.

Chilliwack outshot Prince George 9 – 4 after the twenty minutes of play.

The Chiefs were able to stretch their lead with two goals just over a minute apart in the second period. Joey Larson scored his ninth of the season at 6:54 before Nesterenko converted his eighth of the campaign on a power-play to make it 3-0 Chilliwack. Ryan McAllister got one back for Prince George late in the second period.

Brett Rylance would cap the scoring with the only goal of the third period at 14:57. Carter Wilkie and Larsen drew the assists on the goal to make it 4-1 Chilliwack.

Chilliwack went 1-for-5 on the power-play while Prince George went 0-for-4. Mathieu Caron earned the victory in goal for the Chiefs improving his record to 8-2-4 on the season after turning aside 20 of 21 shots faced.

The Chiefs next game is at home Saturday, November 16 when they play host to Cowichan Valley.

Written by Vanni De Bartolo, a member of the Chiefs broadcast team. 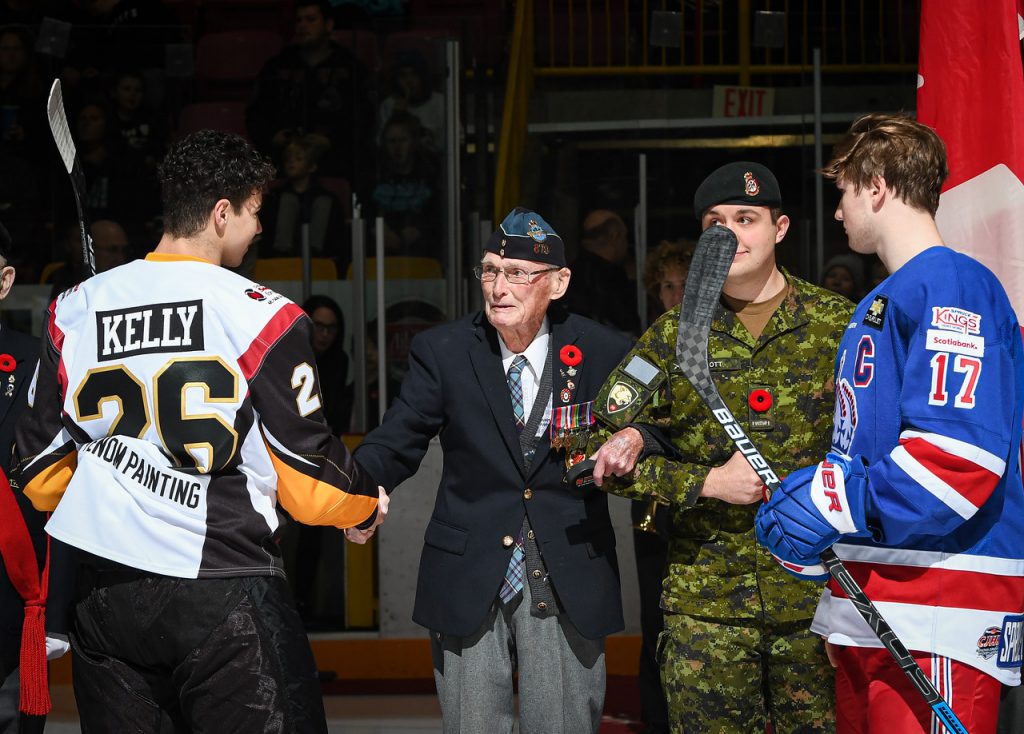